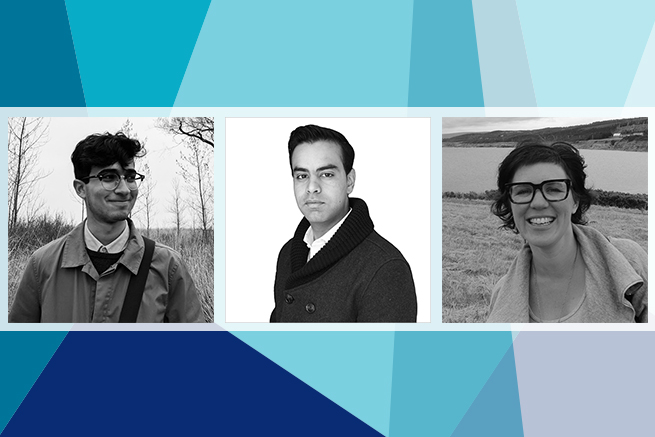 OTTAWA, July 12, 2017– The Royal Architectural Institute of Canada (RAIC) and the RAIC Foundation are delighted to announce the three winners of the 2017 Moriyama RAIC International Prize Scholarships.

Each has won a $5,000 scholarship for writing an illustrated 1,000-word essay on the following topic: Please describe the moment—the circumstances, the nature of the event—when you decided to become an architect, or when you knew that your decision to become an architect was the right one.

Gala tickets are now on sale at http://moriyama.raic.org/gala.

“These essays involve a return to some of the authors' formative experiences,” says RAIC President Ewa Bieniecka, FIRAC. “Travel, work opportunities, and education make incredibly strong impressions, as each entrant begins to understand the diversity that exists in this world. They know that to complete their journey as architects will require deep commitment. As such, each of this year's winning essays speaks of social relevance.”

For Osman Bari, his high school cricket pavilion and its evocation of the team’s continuing history yet always changing members clarified his sense of how architecture weaves together individual lives with place and history. He extends the “web” of memory to other places, describing how a courtyard gave space for the shared humanity of students in a childhood school which otherwise reinforced differences of class and ability. Both places “led me to architecture; showing me that there exists the possibility to create transformative and emotional spaces for all of our lives to unfold.”

Jury Comment: Bari’s political understanding of the “double-edged sword” of architecture is profound.

Growing up with dinner table conversation about international development, Alykhan Neky believed “architecture could also foster community self-reliance.” His conviction grew during a trip to Kenya where he saw a sharp contrast between local buildings versus imported architecture from the West. Neky is now exploring the role of the architect in the creation of contemporary buildings that serve as expressions of collective culture. He has proposed building designs for a rural Maasai community in Kenya which, like the vernacular tradition, would use local materials, and continue the tradition of self-building – which among the Maasai is done by women.

Jury Comment: An ambitious vision for how the author plans to use his training as an architect to address third-world living conditions in a culturally sensitive manner.

Tanya Southcott was at McGill University when a slide of the rooftop of Le Corbusier's Unité d'habitation in Marseilles was shown without mention that Canadian architect Blanche van Ginkel had worked in Le Corbusier’s office, and the roof was her project. This and so many stories of women in architecture are not widely known. At that moment, Southcott saw the need and opportunity to tell those stories that “threatened to slip through the cracks of architectural history… I sensed my own potential to collect some of these fractured, falling pieces and to rebuild them in a different form.”

Jury Comment: The piece is deeply personal in the experiences it recounts, and in Southcott’s determination to address historic wrongs through her work as an architect-turned-architectural historian.

A five-member jury evaluated the submissions based on the applicant’s expression of vision and aspiration, and on the strength of personal conviction.

The jury members are:

“The jury was moved by the heartfelt responses evident in so many of these scholarship submissions, which expressed an inspirational range of personal stories about individual paths into the profession of architecture,” said Elsa Lam, who served as chair. “We wish each entrant the best of success and a continuation of their passion as they pursue their education and careers in architecture.”