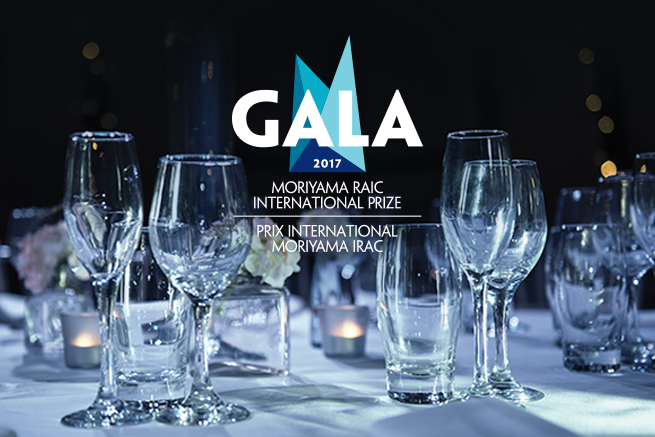 OTTAWA, August 10, 2017 – The winner of the $100,000 Moriyama RAIC International Prize will be announced at a gala ceremony to honour the finalists from Denmark, Japan, Australia and Canada on Tuesday, September 19, in Toronto.

Tickets are available now at http://moriyama.raic.org/gala.The cost is $500 for two tickets or $2,000 for a table of eight and includes a cocktail reception, sit-down dinner and prize ceremony. Benefits of the gala will support the Moriyama RAIC International Prize, a unique prize that puts Canada on the world stage, and the Moriyama RAIC International Prize Scholarships. All arewelcome.

The gala is an exciting event celebrating the exceptional contribution architecture can make to a community. Architects and industry professionals from across the country and around the world will come together at the historic event space in downtown Toronto, The Carlu. This spectacular example of Art Moderne architecture is located at444 Yonge Street, 7th Floor.

Site visits by the jury to the four projects shortlisted for the 2017 Moriyama RAIC International Prize in Architecture have been carried out, and the jury has completed its deliberations.

Neither the public nor the winner will be notified of the results until the announcement at the awards ceremony.

The four finalists have been chosen based on how their projects embody the values of social justice, respect, and inclusiveness.  They are:

In addition to the main CAD $100,000 prize, three scholarships of $5,000 each will be awarded to three students of Canadian schools of architecture on the basis of a written essay. They are:

The Moriyama RAIC International Prize is awarded every two years. It consists of a monetary award of CAD $100,000 and a handcrafted sculpture designed by Canadian designer Wei Yew.

The prize is awarded to an architect, team of architects, or architect-led collaboration, based anywhere in the world, in recognition of a single work of architecture that is judged to be transformative within its societal context and expressive of the humanistic values of justice, respect, equality and inclusiveness.

In the words of Ray Moriyama, the intent of the award program is to "awaken ideas and thoughts that will alter our collective aspiration for the future of humanity."