RAIC statement on the 2018 federal budget 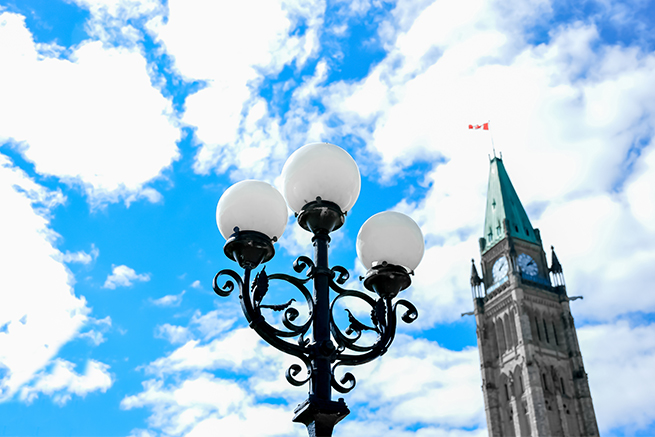 OTTAWA, February 28, 2018–  The Royal Architectural Institute of Canada (RAIC) regards the investments in gender equity, Indigenous communities, and research and innovation in the 2018 federal budget released on Tuesday as positive steps that will be of benefit to Canada’s built environment.

“Architects understand that our work has a profound effect on the well-being and the quality of life of all Canadians,” says RAIC President Michael Cox, FRAIC. “The provisions in this budget expand the resources available in the furtherance our commitment to the responsible design of the built environment.”

The announcement of funding for housing, for First Nations, Inuit and Métis communities, among other investments toward reconciliation, is an encouraging step forward, says Mr. Cox.

“We all realize that the repeated status quo approach to housing in Indigenous communities has been an enormous failure, one that we can approach much differently moving forwards,” says David Fortin, MRAIC, a member of the RAIC Indigenous Task Force and director of the Laurentian University school of architecture in Sudbury, ON.

“To move towards successful housing for Indigenous communities necessitates Indigenous-led consultation, design, and construction processes that take significant amounts of time and input,” says Mr. Fortin. “If done correctly, housing has the potential to stimulate jobs and economic growth in these communities, promote sustainable development, develop expertise in emerging building technologies, and support healthier living that respects both traditional and contemporary lifestyles and values.”

The RAIC welcomes an increased focus on research and innovation and believes Canada’s architecture schools are well-placed to deliver new products and services that will help Canada compete globally.

“Architects are creating the next generation of our built environment,” says John Brown, FRAIC, RAIC first vice-president and Interim Dean of the Faculty of Environment Design at the University of Calgary. “This involves pushing the boundaries of regenerative design practice and disruptive forms of construction that reduce our impact on the environment while increasing efficiency and quality of life.”

Good design also plays a role in attracting, developing and retaining talent, said Andrew Dejneka, MRAIC, who represents interns on the RAIC board. “As companies like Google look to Canada to invest in artificial intelligence research, we need to position ourselves to provide the types of quality designed facilities and campuses demanded by these firms.”

The RAIC appreciates the government’s “re-imagining” of the National Research Council, which has produced leading design and construction research. “Technologies to facilitate low or zero carbon structures are critical for Canada to meet its greenhouse gas reduction goals,” says Mr. Cox. “The RAIC would like to see the Construction Research Centre’s program increased.”

The RAIC also supports the plan to build new science and technology facilities and renew federal laboratories. “Canadian architects have developed a high level of expertise in the design of safe and efficient laboratories as well as buildings with a net-zero footprint,” he says.  “Architects will welcome the challenge.”

Women in the workforce

“Maternal and paternal leave is a good step in helping to bridge the advancement gap that women professionals face,” says RAIC board member Jennifer Cutbill, MRAIC. “The next hurdle is daycare. There is often a double hit for women in architecture – not only the time away during maternity leave, but also the reduced flexibility in being able getting internship hours or managing projects within tight daycare pick-up deadlines.”

The RAIC welcomes the range of supports announced for women to start or grow businesses and hopes they will help remove barriers to women architects running their own firms.

Among the measures, the government says it intends to increase the participation of women-owned businesses in federal procurement. In Canada, there are many architectural firms across Canada with women as equity partners or in other key positions.  As an example, a firm could have five partners two of whom are women representing 40 percent ownership. Any government target to benefit women-led businesses for the procurement of architectural services should be based on the level of ownership and of participation of women in key positions in a firm rather than only considering sole ownership. Evaluating the role of women in a firm and the role they would play in a government project will benefit their career development and lead them to an ownership position.

The steps to be taken at Canadian Forces Base Halifax can set standards as a pilot project for greenhouse gas reductions. “The RAIC hopes that this program extends to all federal custodian departments and agencies,” says Mr. Cox.  “Advanced environmental standards need to be applied to new buildings and the renovation and retrofit of existing ones. This is an opportunity not only to green government operations but to set an example for other major custodians.”

The RAIC notes that the Low Carbon Economy Leadership Fund varies in deliverables from province to province. Those provinces using the fund to assist in the retrofit of buildings should use this opportunity to demonstrate leadership in the built environment.

Funding for the CMHC’s Rental Construction Financing Initiative is expected to spur construction of 14,000 new housing units across Canada which provides opportunities to create well-designed homes and new communities for Canadians. It’s also an opportunity to make high sustainable environmental standards a condition of any funding.

“Additional construction costs, if any, will be offset by lower operating costs,” says Mr. Cox. This will provide more examples of residential construction which can reduce energy or even achieve net-zero standards while providing a healthier interior environment for occupants.”

The government is providing new funding and doubling the work placements for youth through the Canada Summer Jobs program.

“The Canada Summer Jobs program is positive for providing meaningful paid experience to students as well as a benefit to small and eligible businesses,” says Mr. Dejneka. “I have personally seen the benefit of these programs in both my undergraduate and graduate summer jobs in various sectors.”

“The thoughtful design of high-quality homes, communities, and care facilities improves the quality of life for seniors, improve safety, and extends the ability to live independently,” he says. “Initiatives such as the Healthy Seniors Pilot Project will help to increase the knowledge base on which the design of high-quality projects should be based.”

The RAIC welcomes the partnership of the federal and Ottawa governments in a long-awaited new library complex in Canada’s capital city, and the desire to have an exceptional building. “The RAIC understands that the city is underway with a selection process,” says Mr. Cox. “With an objective to have a world-class building, this is an excellent opportunity to hold a design competition. A competition can be run in a manner that can involve citizen participation in commenting on the design submissions. The RAIC would be pleased to assist in establishing a competition process.”

The National Capital Commission is the custodian of many of Canada’s heritage assets. The RAIC supports the well-deserved attention which will be given to these assets.

Highlights of budget items related to the built environment and design.

Women in the workforce