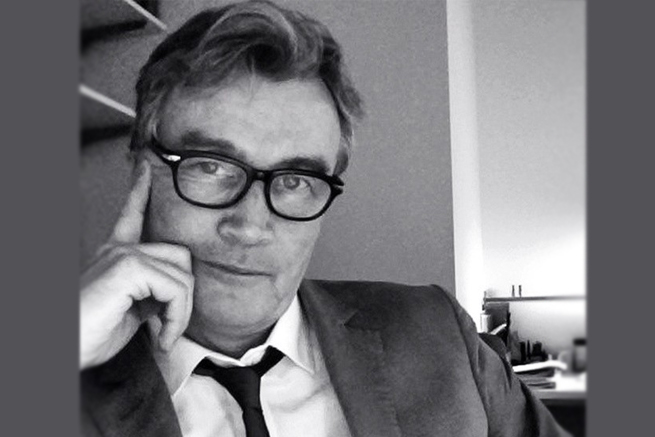 OTTAWA, April 11, 2017 – Diarmuid Nash, FRAIC/PP, a Toronto architect and Past President of the Royal Architectural Institute of Canada (RAIC), has been elected Chancellor of the RAIC College of Fellows for a three-year term beginning May 2017.

Nash succeeds Barry Johns, FRAIC, an Edmonton architect who has served two three-year terms from 2011 to 2017.

“I am deeply honoured to have been elected Chancellor of the College of Fellows,” said Nash.

“The College represents a significant group of recognized individuals who form the backbone of the RAIC's leadership potential,” he said. “I am looking forward to working with this leadership trust to lobby for the profession, advocate on issues in our cities and natural environment, build bridges with our educational institutions, and leverage key RAIC initiatives.”

Nash is a Partner at Moriyama & Teshima Architects, which has offices in Toronto and Ottawa. He joined the firm in 1988 after completing work on the Canadian embassy in Tokyo, where he was on a fellowship at Shimizu Corporation, joint-venture partners on the embassy with Moriyama & Teshima.

The Chancellor-Elect is a Past President of the Ontario Association of Architects and a lecturer at the Daniels School of Architecture at the University of Toronto.

His substantial expertise in the planning, design, and construction of cultural landmarks is demonstrated in projects such as the Canadian War Museum in Ottawa (with GRC Architects, Governor-General’s Medal in Architecture 2008); the National Museum of Saudi Arabia, and the Etihad Museum in Dubai.

He was the Partner on numerous significant public buildings and spaces including the City of Surrey’s new City Hall and the new Government of Canada Visitor Welcome Centre on Parliament Hill in Ottawa.

"On behalf of RAIC's Board, I extend a warm welcome to Diarmuid Nash, the 27th Chancellor of the College of Fellows,” said RAIC President Ewa Bieniecka, FIRAC.

“I am confident that Diarmuid will continue to make the College an inclusive body that represents the diversity of the architectural community. I thank Barry Johns, who is stepping down as Chancellor. Under his leadership, the College strengthened RAIC's initiatives and promoted the development of our profession."

The RAIC expresses gratitude to candidates Amir Hemani, FRAIC and J. Robert Thibodeau, FIRAC, who put their names forward on behalf of the profession.

About the College of Fellows

The mission of the College of Fellows, founded in 1941, is to strengthen and reinforce efforts of the Royal Architectural Institute of Canada (RAIC) in its endeavor to enhance and develop the profession of architecture.

The College of Fellows formally recognizes members and distinguished laypersons who have made outstanding contributions to the profession. Fellowship in the RAIC is an honour conferred on members singled out for their contribution to research, scholarship, public service or professional standing to the good of architecture in Canada, or elsewhere.

Fellowship is bestowed for life and is one of the highest honours the Institute can confer upon a member. There are currently 760 Fellows across Canada.