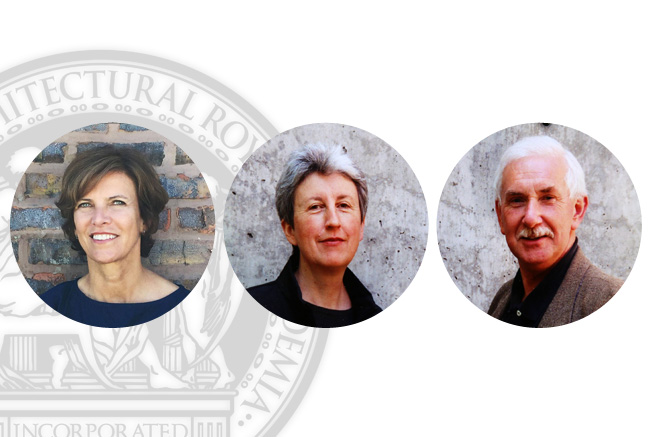 The Royal Architectural Institute of Canada (RAIC) has selected one of the leading contemporary architects in the United States, as well an architect-couple who have raised awareness of Canadian architecture through publishing, to receive its 2017 Honorary Fellowships.

Jeanne Gang is an American architect advancing the possibilities of architecture and design in the 21st century — including their ability to make a positive social and environmental impact. She is the founding principal of Studio Gang, an architecture and urban design practice of nearly 100 people with offices in Chicago and New York.Studio Gang today announced its first project in Canada in partnership with Slate Asset Management; a mixed-use, residential tower in Toronto at the corner of Yonge Street and Delisle Avenue.

“A highly distinguished practitioner, author, and teacher, Jeanne Gang has established herself at the forefront of architecture and urban design in the United States and abroad,” says Barry Johns, Chancellor of the College of Fellows. “Her numerous awards and honours illustrate the broad strength of her studio; she is clearly a leader and exemplar for the entire profession.”

“It is a pleasure to salute two candidates who are both deeply rooted in practice and who also advocate for the profession through their scholarly work and international reach,” says Johns. “Their exhibitions and publications in particular consistently explore the compelling values of what makes the best of Canadian architecture unique around the world.”

Honorary Fellowship recognizes extraordinary achievement. Gang, LeCuyer, and Carter will be inducted into the RAIC College of Fellows during this year’s RAIC/OAA Festival of Architecture in Ottawa, May 24–27. Gang will deliver the keynote address during the College of Fellows Convocation taking place May 25 at the Canadian Museum of History in Gatineau, Que.

“I am very honoured to receive this recognition from the RAIC,” she says. “We share with Canada the Great Lakes, a deep interest in design's potential to make a positive impact, and so much more. As our relationship with Canada grows, I look forward to working together for the collective benefit of our communities, cities, and environment.”

LeCuyer and Carter said: “We are honoured to be recognized by the RAIC —especially in this significant year —and continue to be inspired by Canada, its architects and architecture.”

Leading her team, Gang works across many different types and scales of projects — from cultural and public buildings to urban parks to high-rise towers — to create places that strengthen beneficial relationships between individuals, communities, and environments. Her analytical and creative approach has produced award-winning architecture such as the Aqua Tower in Chicago, IL; Writers Theatre in Glencoe, IL; and the Arcus Center for Social Justice Leadership in Kalamazoo, MI.

Studio Gang is currently working on major projects throughout the Americas and Europe. These include an expansion of the American Museum of Natural History in New York City; the new United States Embassy in Brasilia, Brazil; the competition for the renovation of the Montparnasse Tower in Paris; a multi-city project re-envisioning civic assets across the US; and the National Building Museum’s 2017 Summer Block Party installation.

A MacArthur Fellow and recipient of the 2013 Cooper Hewitt National Design Award in Architecture, Gang was named the 2016 Architect of the Year by the Architectural Review. Her work with Studio Gang has been honoured and exhibited widely, including at the Venice Architecture Biennale, Museum of Modern Art (MoMA), and Chicago Architecture Biennial.

A distinguished alumna of the Harvard Graduate School of Design and the University of Illinois at Urbana-Champaign, Gang teaches architecture at the graduate level, most recently at Harvard, Columbia, and Rice Universities. She is the author of the books Reveal, about the studio’s work and process; Reverse Effect, on envisioning a greener future for the Chicago River; and Building: Inside Studio Gang Architects.

Carter graduated from Nottingham School of Architecture and the University of Toronto. A registered architect in the United Kingdom, he worked with Arup Associates on the design of the new headquarters for Truman's in London and the UK headquarters of IBM in Hampshire, England.

He is the author of Johnson Wax Administration Building and Research Tower (Phaidon,1998); co-author with LeCuyer of All-American: Innovation in American Architecture (Thames & Hudson, 2002); and a contributor to DETAIL, ARQ, The Architects’ Journal, Canadian Architect and AZURE.

As editor for TUNS Press, (Dalhousie University, Halifax,) from 1994 to 2013, Carter was responsible for the publication of 10 award-winning books on the work of significant and emerging Canadian architects.

Born in the United States, Lecuyer received her professional degree in architecture and a graduate diploma in architectural history from the Architectural Association in London. She is a licensed architect in the United Kingdom, where she worked for Foster Associates and Allies and Morrison Architects leadingdesign teams for the Rosalind Franklin Building at Newnham College, Cambridge University, and 33-35 Blandford Street, an infill development in a heritage district in London.