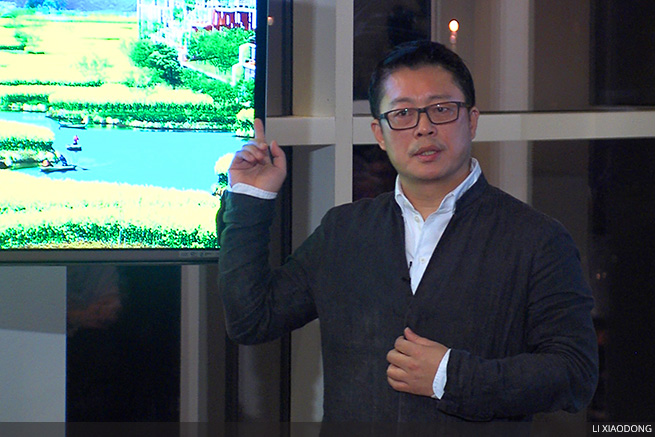 Ottawa, January 15, 2016 — The Royal Architectural Institute of Canada and the RAIC Foundation have launched a video series featuring lectures given by Li Xiaodong, winner of the inaugural Moriyama RAIC International Prize. The lectures are part of the Moriyama RAIC International Prize Illumination Lecture Series and the Toronto lecture was sponsored by the Ontario Association of Architects.

The new video series features the talks Li gave in Toronto on October 29th and in Montreal on November 2nd. In the lectures, he shares with audiences his views on China’s rapid urbanization as well as his personal path toward “reflexive regionalism” in architecture. He also describes a vision for sustainable development in rural areas to offset the influx into cities.

Li received the inaugural Moriyama RAIC International Prize in 2013 for Liyuan Library, on the outskirts of Beijing, China.

Distinguished Canadian architect Raymond Moriyama, FRAIC, established the prize in collaboration with the Royal Architectural Institute of Canada (RAIC) and the RAIC Foundation. It includes a monetary award of CAD$100,000 and a crystal sculpture by Canadian designer Wei Yew.

One of the most generous architectural prizes in the world, the prize is awarded to a building that is judged to be transformative, inspired as well as inspiring, and emblematic of the human values of respect and inclusiveness. It is open to all architects, irrespective of nationality and location. It recognizes a single work of architecture, as opposed to a life’s work, and celebrates buildings in use.

His work has won national and international design awards, including a 2010 Aga Khan Award for Architecture for Bridge School in Fujian Province, a World Architecture Festival Award in 2012 for Liyuan Library, and the Architecture of Necessity Award, Sweden in 2013. Mr. Li has also received the UNESCO Jury Award for Innovation for Yuhu Elementary School. In 2011, he was named Man of the Year in China by GQ Magazine.