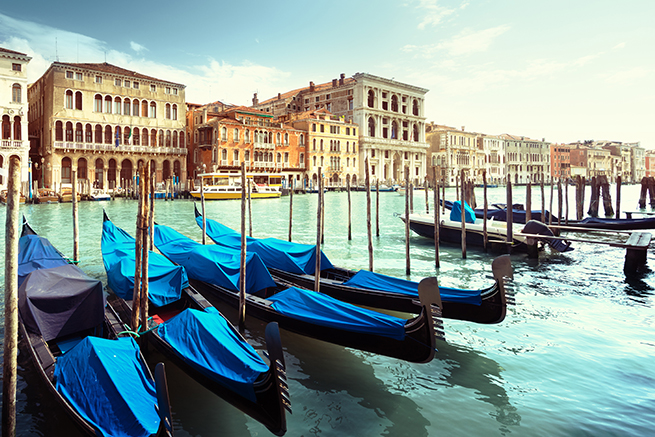 (The following news release was issued by the National Gallery of Canada).

OTTAWA, April 18, 2018 – The multilateral partnerships involved in what is a historic restoration of the Canada Pavilion in Venice perfectly reflect the Biennale Architettura 2018 theme of FREESPACE, described by La Biennale di Venezia as “a generosity of spirit at the heart of architecture’s agenda.”

The project, led by the National Gallery of Canada, was made possible through the exceptional support of La Biennale di Venezia,the Venice Superintendent for Architectural Heritage, the Royal Architectural Institute of Canada and Global Affairs Canada, especially through the Canadian Embassy in Rome. Funding for the $3M restoration and the exhibition about the history of the Pavilion was provided by the Gallery’s Distinguished Patron, Reesa Greenberg.

“The restoration of the Canada Pavilion has been a project spanning many years and two countries, involving the dedication of key individuals from governmental, architectural, and cultural organizations in both Italy and Canada,” said Karen Colby-Stothart, Chief Executive Officer of the National Gallery of Canada Foundation. “None of it would have been possible without the financial and moral support of our Distinguished Patron, Reesa Greenberg, who was a visionary force in writing this next chapter of the Pavilion’s history.”

The renewed Canada Pavilion will be officially unveiled on May 26, 2018 at the 16th International Architecture Exhibition – La Biennale di Venezia. To commemorate its restoration and the 60th anniversary of the Pavilion, a special exhibition will be presented. Organized by Réjean Legault, an associate professor at the École de design of the Université du Québec à Montréal (UQAM) and former head of the Study Centre at the Canadian Centre for Architecture, with the contribution of architectural and design historian Cammie McAtee, the exhibition Canada Builds/Rebuilds a Pavilion in Venice explores the key moments of the life of the Pavilion across six decades and offers an unprecedented study of the building’s important modern architecture.

The exhibition takes its title from an article published in Canadian Art in January 1958. Praising its design, Donald William Buchanan, the then Associate Director of the National Gallery, wrote: “Perussutti has given Canada an exceptionally fine small pavilion with a freely spaced and open plan, a building much more exhilarating in aspect than are the more massive structures which adjoin it.”

In addition, the National Film Board of Canada (NFB) is producing a series of short films to serve as a record of the restoration, documenting the history of the Canada Pavilion. This component reflects an ongoing connection and collaboration between the NFB and the National Gallery, which partnered on a short documentary, City Out of Time (directed by Colin Low and narrated by William Shatner), when the Pavilion was first built.

“As it prepares to be reborn, I’m thrilled that classic glimpses of the Pavilion and of Venice from Colin Low’s 1959 film City Out of Time will be featured as part of the exhibition, along with interviews of key participants in this restoration,” said Claude Joli-Coeur, Government Film Commissioner and Chair, National Film Board of Canada. “The NFB is proud to be working with our partners to celebrate Canadian achievement in the arts, while preserving this moment for future generations.”

The Royal Architectural Institute of Canada (RAIC) has also played an important role in the project by providing technical and design reviews, design work and letters of support, as well as participating in site visits and meetings with the architects, funders and Italian authorities and officials of the National Gallery of Canada.

“This small pavilion may not be known by all Canadians, but it is significant to Canada’s architectural community. La Biennale di Venezia provides a huge opportunity to share the innovative thinking and expertise of Canadian architects with the world,” said Michael Cox, President, Royal Architectural Institute of Canada. “The Canada Pavilion in Venice is extraordinary. It is a beautiful structure, embodying the idea of Canada as a country in dialogue with nature. The RAIC applauds the sensitive preservation and modernization of the pavilion and the wonderful new landscape design.”

The restoration project, initiated by the Gallery in 2014, is being carried out by the Milanese architect Alberico Barbiano di Belgiojoso, heir to the Italian firm that originally designed the pavilion, BBPR (Banfi, Belgiojoso, Peressutti, Rogers), working in close cooperation with Venice-based architect Troels Bruun of M+B Studio and Canadian architect Gordon Filewych of onebadant.

Canadian landscape architect and Order of Canada recipient, Cornelia Hahn Oberlander, and Bryce Gauthier of Enns Gauthier Landscape Architects collaborated with La Biennale di Venezia and the Venice Superintendent for Architectural Heritage on the redesign and replanting of the grounds surrounding the Canada Pavilion.

This has been undertaken within the context of a larger Giardini di Castello renewal project begun by La Biennale di Venezia in 2013. The site now features a new pathway behind the Canada Pavilion and a platform overlooking the Laguna Veneta, while also providing an expanded space that can accommodate performance and artistic interventions.

Owing to the unavailability of the Canada Pavilion during its restoration, UNCEDED: Voices of the Land, Canada’s official entry to the 16th International Architecture Exhibition – La Biennale di Venezia, will be presented in the Venice Arsenale from May 26 – November 25, 2018.

The History of the Canada Pavilion
The Canadian representation at La Biennale di Venezia dates to 1952, and remains the only visual arts exhibition in the world to which Canada sends official representation. It showcases Canadian artistic achievement and has been instrumental in launching and sustaining international careers of the country’s most talented artists for generations. Under the supervision of the Gallery Director at the time, Alan Jarvis, the Canada Pavilion was completed in 1957 and opened to the public in 1958 with an exhibition of the works of James Wilson Morrice, Jacques de Tonnancour, Anne Kahane, and Jack Nichols. The Gallery remains the custodian of the Canada Pavilion on behalf of the Government of Canada.

About the NFB
The NFB is Canada’s public producer of award-winning creative documentaries, auteur animation, interactive stories and participatory experiences. NFB producers are embedded in communities across the country, from St. John’s to Vancouver, working with talented creators on innovative and socially relevant projects. The NFB is a leader in gender equity in film and digital media production, and is working to strengthen Indigenous-led production, guided by the recommendations of Canada’s Truth and Reconciliation Commission. NFB productions have won over 7,000 awards, including 20 Canadian Screen Awards, 17 Webbys, 12 Oscars and more than 100 Genies. To access NFB works, visit NFB.ca or download its apps for mobile devices.

The Royal Architectural Institute of Canada is the leading voice for excellence in the built environment in Canada, representing about 5,000 members. The RAIC advocates for excellence in the built environment, works to demonstrate how design enhances the quality of life and promotes responsible architecture in addressing important issues of society. Over the years, the RAIC has supported several exhibitors at the International Architecture Exhibition – La Biennale di Venezia, including commissioner of Arctic Adaptations: Nunavut at 15 in 2014, considered one of the most successful of Canada’s official entries.

For all media requests: