After studying and working in the United States for more than 10 years, Andrew Batay-Csorba and Jodi Batay-Csorba moved from Los Angeles to Toronto in 2010, where practice offers an alternative approach, cultivated in a design tradition unique to the region.

They established Batay-Csorba Architects, a three-person firm, in 2012 as a collaborative research and design studio. As a young firm, they decided to pursue mostly small-scale residential and commercial projects, explaining, “With a rapidly evolving morphology of residential typologies for the densification of Toronto’s low-rise residential fabric, this presented an opportunity to make a contribution to the larger discussion of architecture and development in the city.”

The husband-and-wife team, Andrew aged 38 and Jodi 39, have designed, directed, and managed some 96 projects in 38 cities and 11 countries, both on their own and at Pritzker Prize-winning offices —Morphosis and Gehry Partners —where they previously worked.

Their work ranges from small-scale installations and multi-media design to architectural and interior design and large-scale urban planning. It has received awards, appeared in more than 60 publications, and exhibited in 19 galleries, in Canada and internationally.

Canadian-born, Jodi and Andrew Batay-Csorba attended undergraduate studies at Lawrence Technological University in Southfield, MI. In 2005, they completed their Masters in Architecture at the University of California Los Angeles. Here, they won first place in the AIA/LA 2x8 Design Competition, exhibited at the A+D Architecture and Design Museum in Los Angeles, and received the Franklin D. Israel Memorial Fellowship.

From 2005 to 2010, Andrew Batay-Csorba was a lead project designer and manager at Morphosis in Santa Monica, CA where he led more than 20 projects, including the winning submission for the Orange County Museum of Art in Newport Beach, CA, and proposals for the King Abdullah Petroleum Studies and Research Center in Riyadh, Saudi Arabia.

The work is original and seems it is developed with focus and exploration that is consistent with ongoing university explorations.

The work shows a lot of time and commitment to research.

Their work appears to inspire their clients and reflects a trusting relationship with clients. This is a very positive validation of the quality of their process, design, and relationships.

The infill work is very original.

Excellent design and built resolution of space and surface detailing. 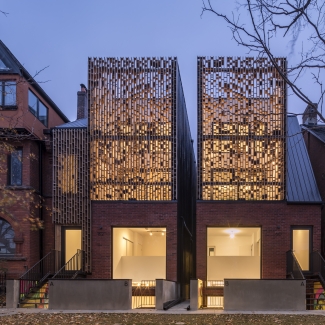 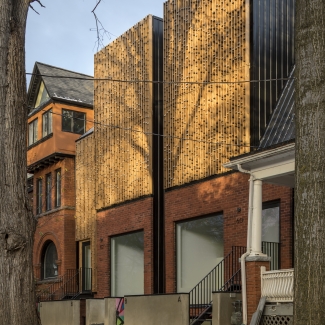 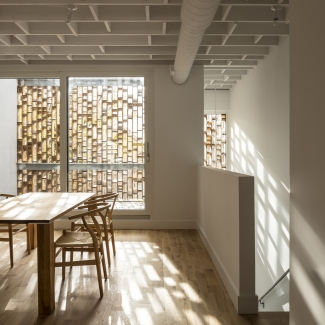 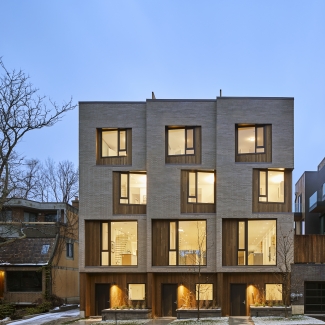 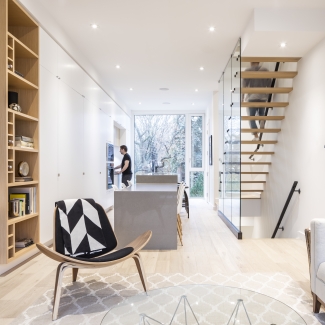 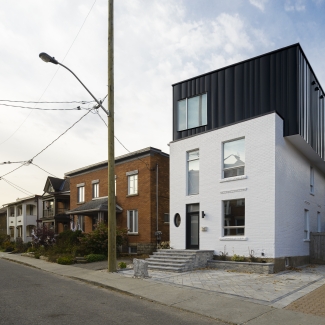 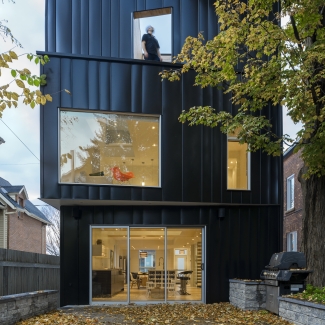