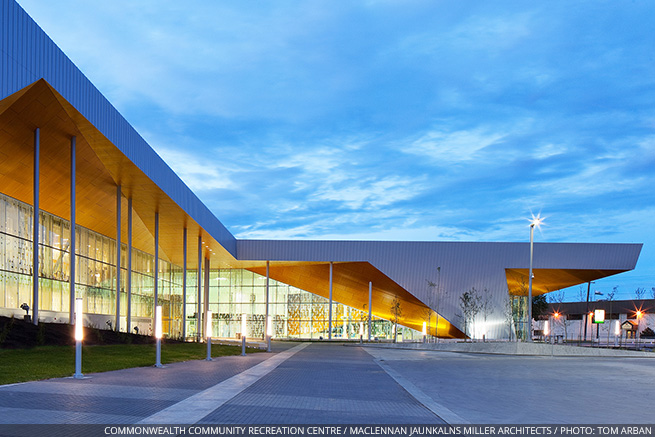 “MJMA has consistently achieved a very high quality of architecture and bold clarity throughout its large body of work,”said the five-member jury. “In addition to the spectacular spatial qualities, the architecture exhibits a clear problem-solving approach.

“The wellness approach to the designs was appreciated, contributing to the broader communities in which the projects are located,”the jury added.

The RAIC Architectural Firm Award recognizes the achievements of a firm for its quality of architecture, service to clients and innovations in practice. It also takes into account the firm’s contribution to architectural education and professional organizations, as well as public recognition.

The award will be presented at the RAIC Festival of Architecture which takes place in Nanaimo, BC from June 8 to 11.

“MJMA has developed an impressive body of work that demonstrates what can be achieved with everyday programs and budgets,”said RAIC President Allan Teramura, FRAIC. “They are to be commended for their commitment to the creation of vivid and engaging civic spaces accessible to everyone.”

Over 28 years, the firm has advanced the development of new forms of community hubs, combining diverse programs. The more than 70 completed projects include  sports and recreation centres, wellness programs, cultural facilities, libraries, and municipal and academic buildings.

Among them are the Branksome Hall Athletic and Wellness Centre in Toronto (2014), the Atlas Tube Multi-Use Recreation Centre at the University of British Columbia Aquatic Centre (2014), and the Commonwealth Community Recreation Centre in Edmonton (2012).

The firm has earned more than 40 national awards, including a Governor General’s Medal in Architecture in 1999 for Rotary Park Pool in Etobicoke, ON.

MJMA has been recognized internationally with a bronze medal from the International Olympics Committee for the Regent Park Aquatic Centre (2012) in Toronto. In this facility, their development of gender-neutral universal change rooms to address concerns of privacy, culture, and gender identity was a first in Canada.

MJMA partners are critics and lecturers at the University of Toronto, University of Waterloo and Ryerson University, among other schools, and have served on professional juries, associations and community groups.