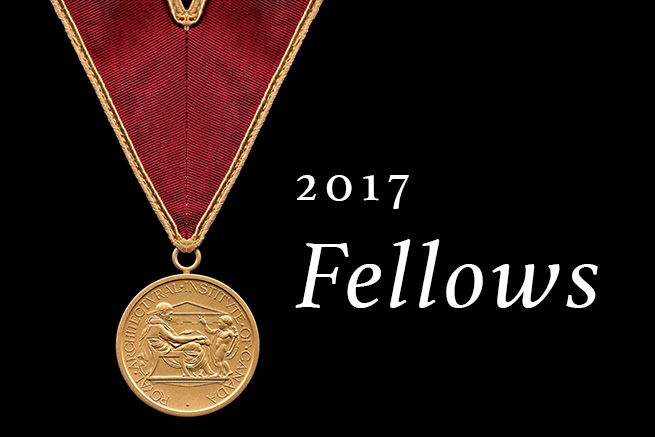 OTTAWA, May 16, 2017 – A designer of the Vancouver SkyTrain; a Toronto living wall pioneer; a Montreal expert on heritage materials conservation; and two Winnipeg architects reimagining their city are among the Canadian architects to be named 2017 Fellows.

The College of Fellows of the Royal Architectural Institute of Canada (RAIC) bestows Fellowship in recognition of outstanding achievement. Criteria include design excellence, exceptional scholarly contribution, or distinguished service to the profession or the community.

Fellows will be inducted at the College of Fellows Convocation, which takes place during the RAIC/OAA Festival of Architecture in Ottawa, May 24-27.

In addition, the College of Fellows will induct three Honourary Fellows:

Jeanne Gang is an American architect and founding principal of Studio Gang, an architecture and urban design practice of nearly 100 people with offices in Chicago and New York. Gang will be giving the keynote address at the convocation ceremony on May 25.