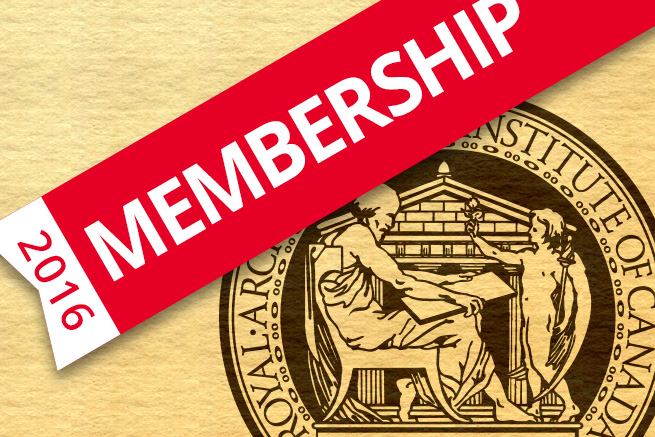 In 1911, just four years after its founding, the Royal Architectural Institute of Canada created a deputation to meet with Prime Minister Robert Borden.

The subject of the meeting was the planning and urban design of Ottawa. It was unfolding on a more or less ad hoc basis, in spite of the creation of the Ottawa Improvement Commission in 1899 and, in 1905, a master plan for the Parliamentary Precinct by Frederick Todd.

A proper capital city, the RAIC members argued, requires sustained commitment to a coordinated planning concept when development decisions are made. Their arguments were persuasive, and two years later the Borden government established the Federal Plan Commission. Its mandate was to create a comprehensive plan for the National Capital Region, spanning both sides of the Ottawa River and reaching well beyond the Parliamentary Precinct. The Holt Report, as it came to be known, recommended wide-ranging planning proposals that have shaped the capital. Over the years, the original plan has been updated and refined, most recently in 2006 by a team led by DTAH Architects.

When this legacy of thoughtful regional planning and urban design was threatened this year by a proposal to erect a large monument on a site intended for a major federal building, architects once again made their voices heard. The RAIC, together with individual architects and allied professional associations, issued an appeal to the government to reconsider this decision, and abide by the plan that is the result of a century of design and consultation. While the government was unmoved by this intervention, local and national media were quick to pick up the story, and the general public was overwhelmingly in support of the RAIC’s position. A proposal that might have been quietly approved and implemented became the subject of a remarkable public debate on urban design and national symbols lasting several months. While the final outcome remains undecided at the time of this writing, it is clear that the RAIC helped facilitate an important public discussion on the built environment, and that the RAIC is a recognized authority in the eyes of the media and the general public.

Communities across the country can benefit from public debate about the quality of the built environment, and what design excellence means to them. The RAIC, through the national office and local chapters, works to ensure that these debates happen. Recognizing local advocates for architecture in Vancouver, expressing concern about a threatened landmark in Montreal, and canvassing the national political parties on their views on the built environment are just a few recent efforts. Our members bring a deep understanding of local issues, and the RAIC provides authoritative and credible support for advocacy efforts.

A new RAIC Sustainable Indigenous Communities task force has been created, led by and largely composed of Indigenous architects, interns, students, and designers. This motivated and energetic group will be a new voice in the important discussions around addressing the inequities faced by Indigenous Canadians, one with an architect’s understanding of what makes good communities.

Building Information Modelling (BIM), for example, remains an emerging technology in Canada but is fast becoming mainstream in Europe and Asia. The creation of open BIM standards and practices for the Canadian market is a project supported by the RAIC through our participation in the Institute for Building Information Modelling in Canada, a chapter of Building Smart International. New contract language for BIM has already been developed, and soon a practice manual will be available, providing Canadian practitioners with the tools to implement BIM in a manner that is compliant with international standards. While this manual is intended to be used by all disciplines, it is worth noting that the RAIC’s Canadian Handbook of Practice served as a model because of its clarity and accessibility.

The RAIC continues to elevate the international profile of Canadian architecture through its commitment to the Venice Biennale. As Canadian architectural practices expand their global reach, the RAIC has established a new international relations committee. It is also supporting the provincial regulators in the development of a Mutual Recognition Agreement with the European Union.

After more than a century of advocating for architecture and the public interest, the RAIC is Canada’s voice for architecture. Our history has shown we have the ability to influence decision-making at the highest levels. In the future, new challenges and opportunities will continue to present themselves, and it’s important that our membership be strong and engaged.

Your support is needed to allow the RAIC to continue this effort. Please join me in renewing your membership today.