Williamson Chong is the Toronto architecture and design office of Shane Williamson, Betsy Williamson, and Donald Chong, experienced architects and academics committed to using both built and unbuilt work as vehicles to explore diverse agendas associated with research and practice. Their design approach privileges specificities of context, materials research, economies of construction, building performance, and client-based collaboration. Williamson Chong’s work ranges from furniture and installations to master plans and buildings, with a particular emphasis upon employing advanced digital tools as a means to engage architectural craft as expressed through the synthesis of emerging technologies with traditional methods of construction.

One of the recurring themes within Williamson Chong’s body of work is the notion of “Incremental Urbanism” which recognizes the possibilities of intensification latent in the morphology of urban fabric. The Galley House, for example, is situated on a long, narrow ‘leftover’ lot - 12’ wide. It occupies a once-neglected site – the basic lot configuration having not matched a desirable parcel in the mind of the market. Considered a prototype for future development, Galley House shows how a new, slender detached housing type in Toronto can be viable in terms of square footage while not shortchanging itself on natural light and programmatic amenity. An emerging focus within the office is that of large-scale sustainable building strategies. Abbey Gardens, for example, is a master plan proposal for a prototypical community village which aims to service its immediate locale as well as a broader regional audience for those interested in sustainable food production and its impact socially, agriculturally, economically, nutritionally and culturally. The scheme is centred around a series of built projects which would stitch into existing open ‘rooms’ left behind by a recently decommissioned sand and gravel quarry – on a 441-acre lot two hours north of Toronto in Haliburton, Ontario.

Building upon the office’s interest in sustainable building strategies and its established expertise in the area of digital fabrication, Williamson Chong was recently awarded the 2012 Professional Prix de Rome from the Canada Council of the Arts. This prize is awarded annually to an architectural firm that has completed its first built works and has demonstrated exceptional artistic potential. The prize encourages the development of excellence in contemporary architectural practice by supporting the winner to travel around the world to develop their skills, their creative practice and to strengthen their position in an international architectural milieu. Over the next two years, the partners will visit Austria, Scandinavia, Japan, and South Korea and engage international architects, researchers and industry leaders in advanced wood construction and emerging manufacturing technologies. The end goal is to situate digital fabrication and wood construction in a broader cultural context and link theories of design and technology with ecological aspects of building and construction.

“The firm is consistently producing innovative projects that contain quality detailing and craftsmanship including a focus on the use of wood,” said jury members.

“The work demonstrates a commitment and involvement in the city and to ‘ incremental urbanism,’”  they said.

“The firm demonstrates that good investigative research is an important component of their design development work.”

The jury noted that the firm’s presentations focus on good communication.

“There is growth in the variety and scale of commissions,” they added. “The work is progressing all the time.” 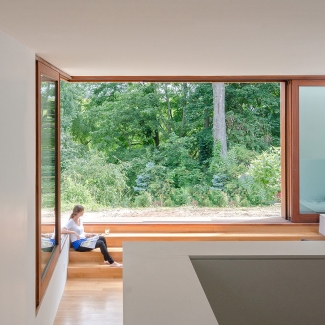 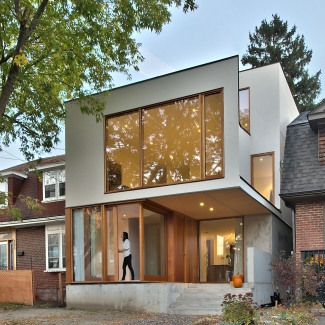 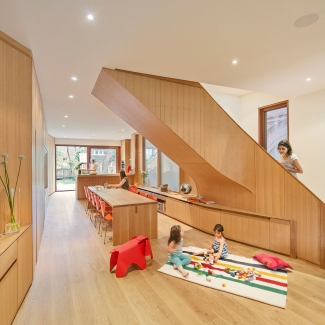 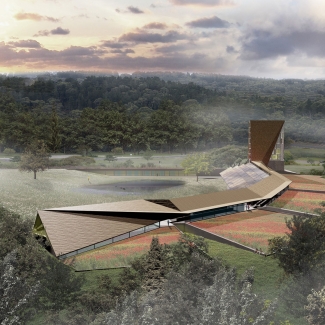 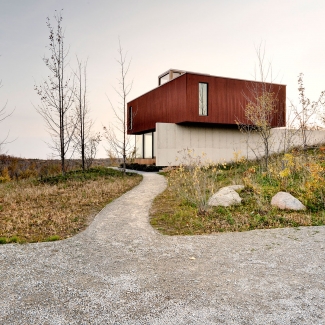