The architect, Jim Strutt, is one of many that consider his own house to be a 'signature piece' of his long and distinguished career as a Canadian architect.

Located in Aylmer, QC, the building is a deceptively simple integration of structure, building science and planning.

Strutt knew Frank Lloyd Wright and the latter's influence on his education is evident in the detailing of the building construction.

The siting below the crest of the hill, the integration of the house with its site, the use of natural materials and the core as hearth surrounded by service and served areas, all reflect aspects of a ‘Wrightian’ influence.

However, his friend Buckminster Fuller had a far greater impact on the building design and structure. The overall shape of the house results from the intersection of eight rhombic volumes, each based on a grid generated from the same geometry.

This, and the minimal use of structural material, reflect the growing interest Strutt had regarding Fuller’s work in geometry and weight efficiencies.

The building was built by a carpenter and helper in about six weeks in 1955. For the most part, it is not attached to its footings. It did not comply with applicable building codes when constructed, and does not do so today.

(Excerpted from presentation by Titania Truesdale.)

"A rare and extraordinary example of Canadian modern architecture which remains a defining work of a significant post war Architect. Jim Strutt designed his 1956  home, experimenting with the first wooden hyperbolic paraboloid roof in Canada, which enabled him to create large expanses of glass and undulating ceilings, simplified lines and a refined esthetic quality. At the same time it led the way in demonstrating how to build a low impact, low cost structure which could be sensitively and  lightly integrated into the natural environment." 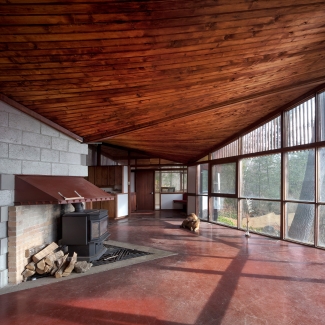 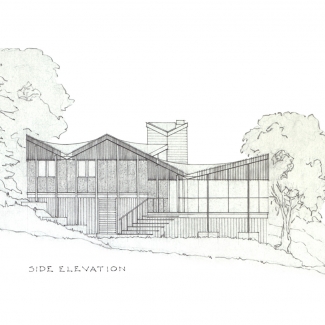 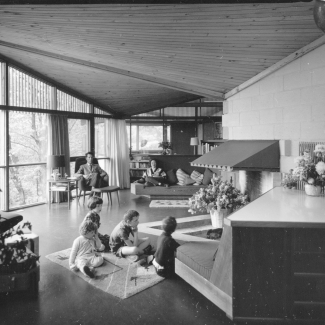 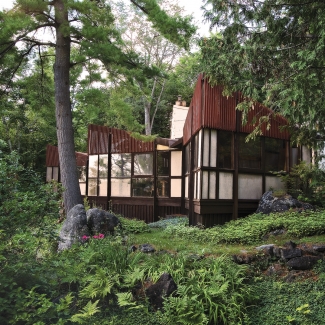