Grande Prairie Regional College is an early representative work of a prominent Canadian architect, an instantly recognizable structure which is a significant landmark in Northwestern Alberta, and a building which for more than three decades has helped build the sense of community in Grande Prairie.

When it opened its doors in 1974, it was one of only three Canadian post-secondary institutions located north of 55 degrees latitude. Since its completion, the Grande Prairie Regional College designed by then young, maverick architect, Douglas Cardinal, FRAIC, has become a landmark.

Cardinal blended his structure into the landscape to achieve a striking aesthetic, and the building is equally striking from within. The curved classroom walls and open spaces are special, particularly compared to the utilitarian style which dominates so many campuses.  But its role goes beyond campus to community building. It was long the largest public space in the city and the amphitheater routinely hosts community and travelling theatre, public lectures, and a range of musicians and comedians.

On any given day, the campus reverberates with the sound of its classes, its students and also its community. This is a place where the people of this region come together to create, celebrate and share cultural moments.

"This is a strong example of Cardinal's early work and his first institutional building. His highly individual approach has shaped a building that has become a regional landmark. It is valued highly by the College as a working environment and an embodiment of a distinctive understanding of place and people." 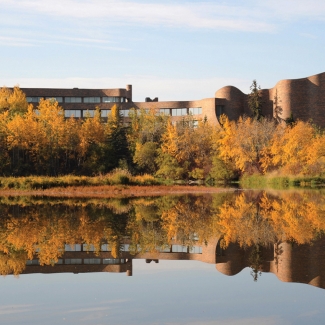 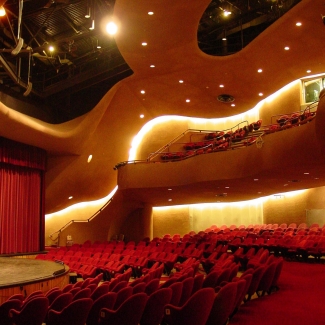 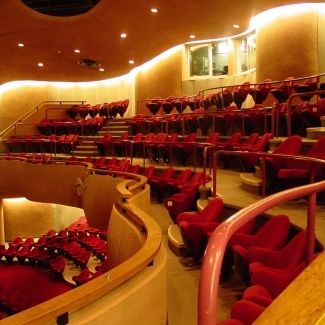 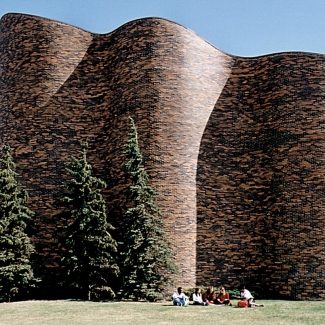