Environmental Impact of Extruded Polystyrene and Other Insulation Used in Buildings 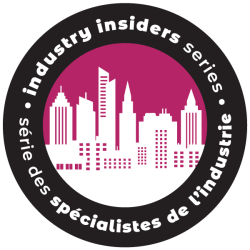 Environmental Impact of Extruded Polystyrene and Other Insulation Used in Buildings

This session is free for members!

This webinar will be launching on September 7 at 2pm EST with a live Q&A session! 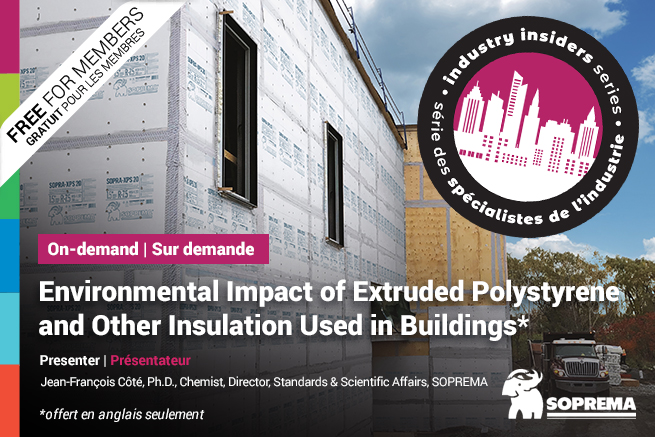 The effects of global warming have gained worldwide recognition as the severity of its effects have increased.  International climate conferences have initiated many discussions and negotiations between countries on targets and objectives for reducing greenhouse gases. Global warming is largely due to the greenhouse effect, a phenomenon caused by the accumulation of gases such as carbon dioxide (CO2) in the atmosphere that forms a barrier and traps solar radiation as well as heat.  January 1, 2021, marked a new regulation from Environment and Climate Change Canada (ECCC) which, in an attempt to fight against global warming, sets limits for the global warming potential (GWP) of halocarbons used as blowing agents in plastic foams. Some halocarbons used as blowing agents, especially hydrofluorocarbons (HFC), are thousand times more contributive to global warming than CO2 and must be replaced.
Analysis of recently published cradle-to-grave environmental product declarations (EPD) for extruded polystyrene (XPS) insulation shows the various levels of global warming and potential environmental impact of products found on the Canadian market. Also called embodied carbon, these environmental impacts are expressed in kilograms of CO2 equivalents, normalized to a functional unit of one square meter of insulation board at a thickness providing an RSI value of 1. Prior to the new regulation, extruded polystyrene insulation could have embodied carbon levels reaching 100 kilograms of CO2 equivalent per functional unit. These products are now prohibited in Canada because of the high GWP of the HFC blowing agents they contained. The replacement of blowing agents with low-GWP HFO alternatives allowed embodied carbon levels of XPS insulation to be reduced significantly. For example, embodied carbon levels as low as 2 kilograms of CO2 equivalent per functional unit have now been published for SOPRA-XPS. The impact of the choice of insulation material at the building scale will be presented.
Further analysis of the SOPRA-XPS EPD indicates that the life cycle stage with the greatest impact in terms of GHG emissions is the production of raw materials. The main contributor to this module is the production of virgin polystyrene beads. Surprisingly, this element constitutes 43% of the total impact of SOPRA-XPS over its entire lifecycle despite the fact that virgin polystyrene represents only 20% of the insulating panel’s mass. All North American manufacturers of XPS insulation developed low-GWP products and published EPDs that disclose their respective embodied carbon levels. Industry-generic EPDs of other insulation material types, published by North American trade associations, will also be reviewed and their contents will be discussed. With results below 10 kilograms of CO2 equivalent per functional unit, HFC-free XPS insulation now falls in the same range or lower than other insulation technologies. Designers must however know how to recognize these low embodied carbon XPS boards in order to specify them.
Learning Objectives

At the conclusion of this session, participants will be able to: