The tower was conceived as a telecommunications facility to address communications problems caused by the growing numbers of high-rises; they compromised broadcast signals, creating poor television and radio reception.

The Canadian National Railway’s solution was to build a TV and radio communication platform to serve the Toronto area, as well as to demonstrate the strength of Canadian industry and CN in particular.  With its microwave receptors at 338 metres (1,109 feet) and the 553.33 metres (1,815 feet, 5 inches) antenna, the CN Tower solved the communications problems for Toronto and the surrounding region.

As the design evolved, it took its current form of three legs extending from a single hexagonal core, creating its iconic ‘Y’ shape base, which narrows gracefully, extending finally to the antenna. The tapering wings rise to 330 metres, the concrete tower to 450 metres. These tapering wings allow the tower to withstand an earthquake of 8.5 on the Richter scale. The upper reaches of the CN Tower were built to withstand winds up to 418 kilometres per hour.

The Skypod was a later addition. Realizing that the tower could become the world’s tallest structure, the architects incorporated an observation deck to accommodate an anticipated influx of tourists.

For some 34 years, the CN Tower held the title of World’s Tallest Free-Standing Structure.

In June of 2016, Toronto celebrated the CN Tower’s 40th birthday.

"The CN Tower is an incredible achievement of Canadian engineering and construction that pushed the boundaries of concrete technology and slip form techniques to a scale never before undertaken."

"The structure is a timeless silhouette on the Toronto skyline that has stood sentry over the remarkable development of that city’s downtown over the past four decades."

"A classic building that is a true synthesis of architectural form and engineering."

"One of the world’s best-proportioned communications towers." 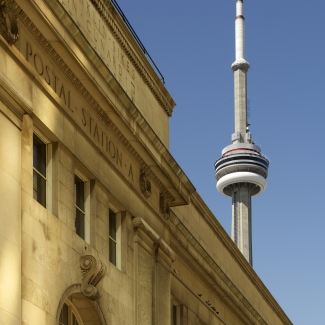 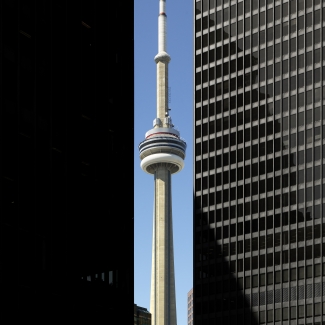